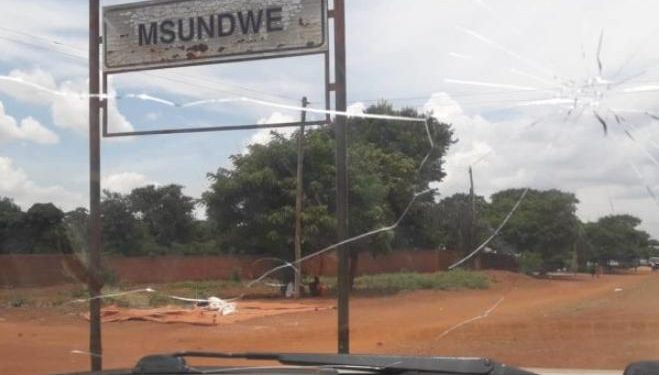 In a bid to enhance working relationship between police and community members, Central region Police Headquarters held an interface meeting with youths from Msundwe and Mpingu in Lilongwe.

The meeting comes on the background of a strained working relationship between the police and community members from the 2 areas which at the peak of it all saw a police officer stoned to death in 2019 by angry community members.

Addressing the youth, Ngwala emphasized on the need for the young people to refrain from mob justice as well as protection and promotion of the rule of law.

He urged the youth to take a leading role in ending mob justice which is high in Lilongwe Rural West.

Ngwala further encouraged the young people to work towards rebuilding the image of the 2 areas which was tarnished following the 2019 incident.

And on his part Said Banda Msundwe Youth chairperson hailed the police for organising the interface meeting describing it as eye opener.

According to Banda the visit will go a long way in cementing the relationship between the police and community members of the two areas.

Meanwhile Banda has appealed to the police to consider deploying a vehicle at Msundwe Police.

He believes this will enhance quick police response towards mob justice situations.