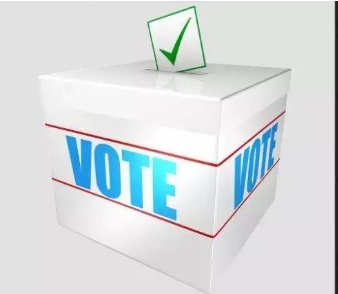 Attorney​ (AG) has said the June 23 polling date is not set and has advised the Parliamentary Legal Affairs Committee that the resolutions the committee made after their consultations with stakeholders, including Malawi Electoral Commission (MEC), were errors of law, saying it is the whole National Assembly that can decide on voting day not a committee.

In his letter to the committee dated May 22 2020, the country’s top lawyer, Kalekeni Kaphale said the committee “misdirected itself” and committed a “grave error of law” by believing that it can resolve to set a date for the fresh presidential election and dictate the same to MEC.

“To begin with, your committee is not Parliament at all, it is simply a committee of Parliament,” write the AG.

In his letter, Kaphale refers the committee to page 124 of the judgement of the Supreme Court of Appeal which states “It is important that parliament fixes the date of a fresh election.”

Kaphale observed that the order by the court was made on the basis of Section 80 (1) of the Constitution which states that the President shall be elected in the ballot concurrently with the general elections for members of parliament.

He said only the whole Parliament sitting and not a Committee can effect the legislative intervention to enact the new date of polling.

Kaphale also queried the Legal Affairs Committee for engaging private lawyers in the matter when Attorney General is the government chief legal adviser.

“I am aware that your committee is using services of external lawyers other than my office. Could you please be kind enough to avail me their written advice to you on this point as you had the liberty to avail them mine?”

“I am also curious to know if all of them hold current practicing licences to enable them render the services they are doing to the Committee, for a fee.”

Kaphale said his suspicion is that some of them may not be holding current practicing licences.

Attorney General told the committee that he is open to further consultation on the subject and that in case his advice is not taken, he would give his authority to an external lawyer of the committee’s choice, on his account, to seek judicial interpretation of the relevant laws.

Legal Affairs Committee chairperson Kezzie Msukwa said the committee was seeking advice elsewhere because it is in their view that Kaphale is “compromised” and not neutral in the matter.

Kaphale told the committee that in his view, MEC cannot hold a genuine fresh presidential election within the set 150-day period.

He said apart from MEC commissioners whose contracts are expiring on June 5 2020, Parliament has to amend Section 67(1) of the Constitution to provide for a date for the ‘stand alone’ election of the President, which will not take place concurrently with the election of members of the National Assembly.

Further, wonders where the new MEC will be able to procure polling materials from abroad when the world is in a virtual lockdown due to Covid-19.

He said ballot papers are always on security paper and there is no security printer in Malawi.

The views expressed in this article are the writer’s, they do not reflect the views of Opera News.🌍📶📡