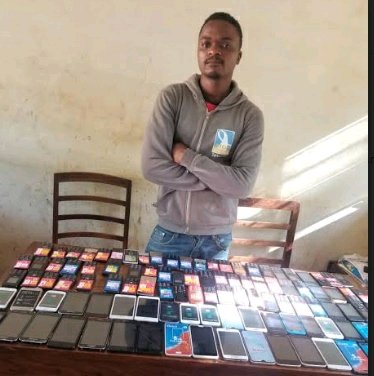 Malawi Police in Mulanje have arrested a 25 year old man for possessing 106 cell phones without supporting documents. Mulanje Police Public Relations Officer (PRO), Gresham Ngwira said Police arrested Frank Matenya on Monday at a roadblock in the district with a lot of handsets.

He said on Monday the Police were manning a roadblock along Mulanje-Muloza Road when Matenya approached the place on a motorcycle carrying a bag full of assorted cell phones.

“When we searched the bag, we found 106 assorted cell phones” Ngwira said, adding that the suspect failed to produce documents supporting ownership of the items.

Matenya’s failure to produce the supporting document prompted the Police to arrest him and seized the questionable items. Meanwhile, investigations are underway to establish where and how he obtained the cell phones.