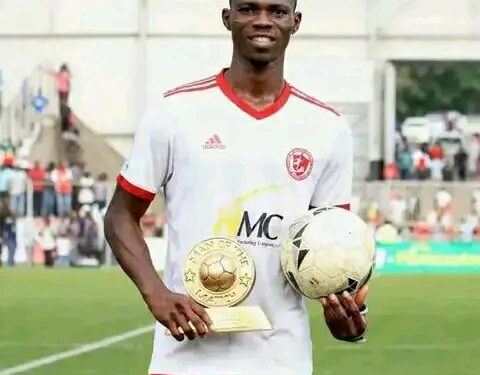 Muyaba has saluted Babatunde saying he sees the player matching his feet of 2019, when he beat Babatunde for the golden boot after netting 21 goals for Silver Strikers. Khuda wrote on his Facebook account to congratulate the Nigerian on his performance.

“New Haaland in Malawi. Congrats top striker, I think you will break the record of 21 goals.. All the best gazi
@babatunde.. Jealous down you’re good bro.” wrote Khuda.

The towering Striker is the new top goal scorer in the TNM Super League after his goals helped to surpass Muhammad Sulumba of Mighty Mukuru Wanderers, who has 14 goals, as he has now 16 goals in the league.

The two, Khuda and Babatunde, had an amazing race for the golden boot after the Malawian international challenged the Nigerian when he had 8 goals to Tunde’s 14 but beat him for the award after netting 21 goals, 6 more than Babatunde’s 15.