by Editor
in Education
0 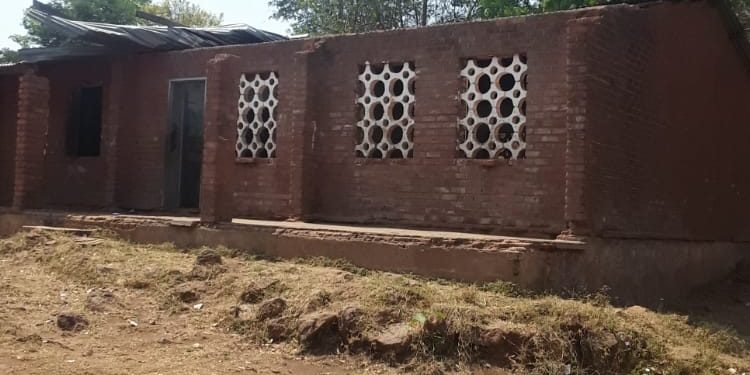 Learners from Mbale Primary School under Senior Chief Malamia in Nsanje District are at risk of dropping out of school due to lack of classroom blocks.

The development has been revealed as the roofs of the classroom blocks were blown off by heavy winds that resulted from Cyclone of Namondwe and Gombe in early month of January this year, this poses on threat lives of the learners more especial this summer season.

Speaking in an interview with this reporter, the Headteacher for the school, Gilbert Sande and parents of these learners in this area explained that lives of the pupils at this school are very pathetic saying the situation has contributed to many absenteeism among learners at the school hence denied rights to access quality education.
‘’Just imagine, the heavy winds from these cyclones brown off all roofs of classroom blocks at the school in January this year and since then up to now almost eleven months have gone without the school receiving any support from the government or member of parliament for this area. Right now children are struggling with hot weather experiencing in Nsanje district because they were schooling in classrooms without roofs. Another great concern to our learners is that they will also be affected by rainy season which about to start shortly’’. Explained Mr. Sande while shading tears of sadness with the news.

This reporter failed to hear the response of Director of Education for Nsanje District, Greystone Alindiamawo and also Member of Parliament for Nsanje South-West, Eurita Ntiza as their mobile phones were just ringing without being answered for several attempts.

Cyclones of Ana and Gombe greatly affected many lives of people and damaged a lot of properties in Nsanje and other districts, and according to the headteacher of this school, Gilbert Sande there is great fear that Mbale school will end up being closed to protect learners from excessive direct heat and learners might not continue with education due excessive hot weather experienced in the district.