AG TAKES SWIPE AT PUBLIC OFFICERS FOR LEAKING HIS OPINIONS 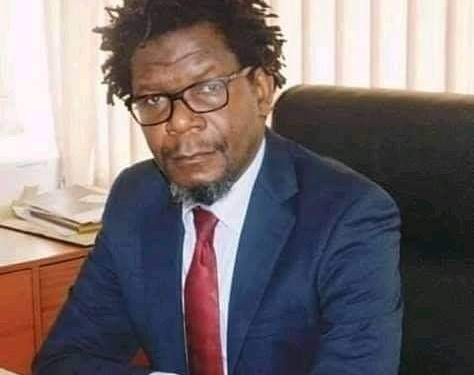 Attorney General Chikosa Silungwe has taken swipe at some public officers for allegedly leaking his legal opinions on social media, describing the act as “silly, immature and nonsense.”

In a statement dated February 12 2021, signed by the AG, which Metro Online has seen, the AG said he is concerned with the spate of leaking his legal opinions, he cited the leakage of his opinion on Thursday, regarding legality of interdicting someone without pay and his opinion on Malawi Electoral Commissioners, Linda Kunje and Jean Mathanga.

According to Silungwe, it will be a serious negligence of his constitutional obligation if he were to provide unsound legal advice to government. He then challenges that if that would have been happening, he would have let himself down and Malawians at large.

Silungwe further said he is the only legal advicer to Government and not even a public officer or any lawyer.

Attorney general Chikosa Silungwe is said to have directed that the Department of Human Resource Management immediately reinstate on the government payroll all public officers that were interdicted without pay. In a memo dated February 4 and copied to the Account General, that we have seen, the chief government legal advisor says “regardless of the circumstances that led to the interdiction of the offixers, interdiction without pay is illegal”. He says his office has been receiving communication from “various law firms representing public officers who are on interdiction without pay”. But some three legal experts we have spoken to this morning are suggesting the AG has erred.