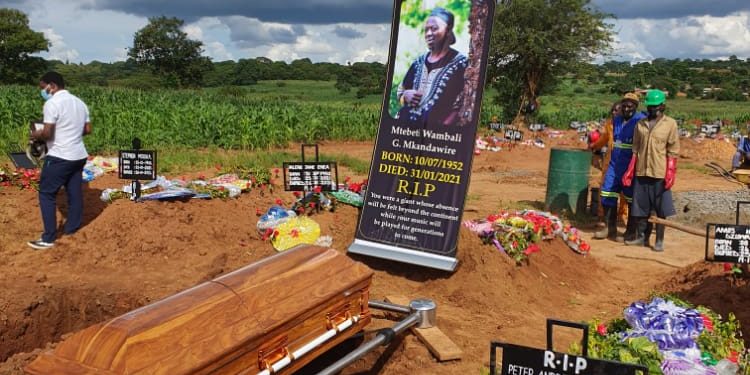 0
SHARES
61
VIEWS
Share on FacebookShare on TwitterShare on Whatsapp

Veteran musician and songwriter, Wambali Mkandawire has died. Mkandawire died on Sunday morning at Kamuzu Central Hospital in Lilongwe where he was admitted to last week on COVID-19 related illness.

He has several albums to his credit, including Ku Mtengo Wa Moyo, Tidzamtamanda, Moto, Zani Muone, Up and Down the Shire, Liberty and Calabrash Breath His music was more of a fusion of traditional Malawian beats with jazz.

Wambali gained national and international recognition with his song entitled Zani Muwone. At the international stage, among others he performed at the Sea Jazz Festival in Cape Town, South Africa. He was the first African Artsist to win the prestigious World International Property Organisation (WIPO) award for creativity.

In his latter days he dedicated his time teaching music to young artists. He handed over his mantle to up and coming artist at a Blantyre Baptist Church 50th anniversary held some three years ago.

Wambali was born, Glyn Mkandawire, in the former Zaire in 1952 to Malawian parents. He hailed from Mlowe, Rumphi.