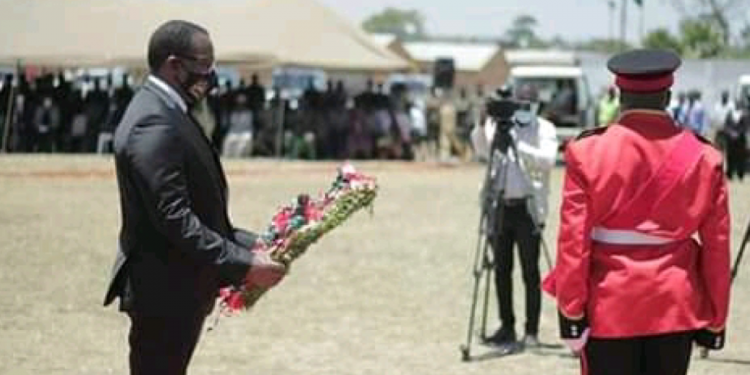 Also known as Poppy Day, the day is observed in all Commonwealth member states, a political association of 54 countries who were formerly under the British rule, since the end of the First World War, to honor members of their armed forces who have died in the line of duty.

The First World War officially ended on 28th June 1919 with the signing of the Treaty of Versailles.
Commenced with King George V, the tradition of Remembrance Day evolved out of Armistice Day
initially observed at Buckingham Palace when he hosted a banquet in honor of the French President
during the evening hours of November, 10, 1919.

During the 2020 parade, which was also attended by Speaker of the National Assembly, Chief Justice,
Commander of the Malawi Defence Force, Inspector General of Police, leader of Opposition in Parliament, representatives of the diplomatic corps, religious and civil society members, war veterans and ex Service League of Malawi members, among others, the Malawi leader laid a wreath on the war cenotaph.