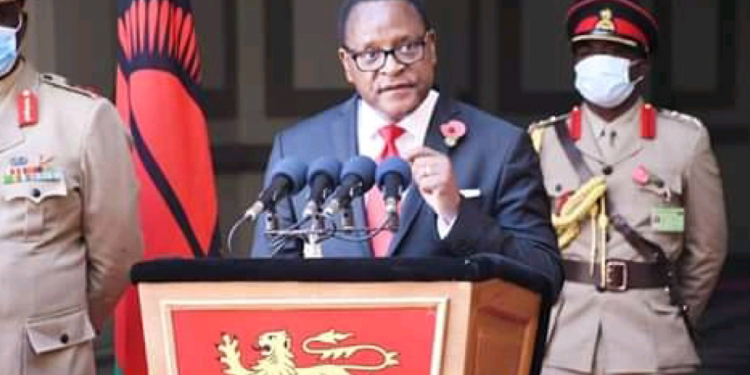 President Dr. Lazarus Chakwera on Thursday commended the board of directors for the National Oil Company of Malawi (NOCMA) for it’s due diligence in “clearing the rubble” at the parastatal.

President Chakwera was addressing the Nation from Kamuzu Palace in the capital Lilongwe.

He said soon after he reconstituted the boards for parastatals, the NOCMA board swiftly moved into investigating abuse of office allegations against some top executives of the oil managing company.

“ Upon finding that there were indeed irregularities, the board moved swiftly to suspend the chief executive officer to pave way for investigations. I would like to commend the board of NOCMA for being deligent,” said Chakwera.

Chakwera said: “ It is therefore the job of each board to comb through its parastatal and identify this kind of partisan rubble and clear it.”

Commenting on the appointment of Hellen Buluma as the acting CEO, the President ordered Secretary to the President Zangazanga Chikhosi to work on the anomaly within two weeks.

The directive comes after some social media users protested Buluma’s appointment on grounds that she is a known Democratic Progressive Party (DPP) member.

Said the Malawi leader: “This outcry is not without merit. And since NOCMA belongs to you Malawians, I support your right to express concern
over it’s running.

For this reason as your servant, I have directed the Secretary to President and Cabinet who chairs the board of NOCMA to address this anomaly within two weeks.”