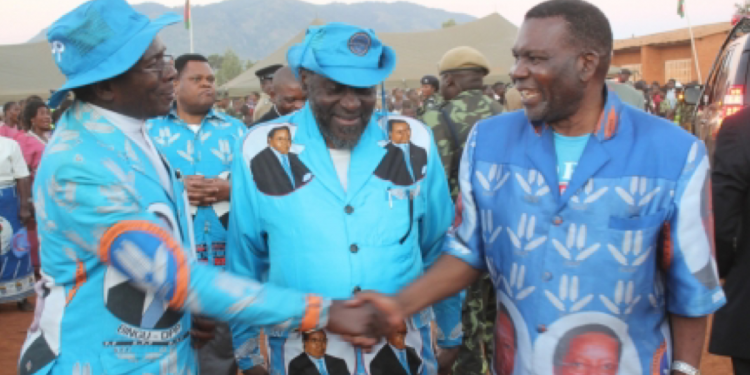 The much awaited Democratic Progressive Party (DPP) elective convention preparations are over as delegates have arrived in Blantyre in readiness for the event.

Speaking to journalists on Sunday evening, the Convention organising Chairperson who is also Minister of Information and Communications Technology, Nicholas Dausi, expressed satisfaction
with the preparations as delegates from all walks of life have gathered at the COMESA Hall in Blantyre ready to exercise their democratic right to elect the party’s office bearers.

“I would like to inform the nation that all is set for the elective convention as delegates from all
political regions have arrived. We expect a free, fair and credible election so as to set the pace for other parties to emulate,” he said.

Dausi further urged delegates to the convention to exercise their right to vote for candidates of their choice, saying this would be one of the most contested conventions.

At least 1,558 delegates are expected to cast their vote from Monday through Tuesday.

President Peter Mutharika will retain the presidential position unopposed. Other positions that have attracted interest from many party members include party vice presidents for South, Centre and that of Secretary General.

The convention’s budget has been estimated at K90 million and has been covered by well wishers, according to Dausi.