Minister asks communities in Zomba to protect the mountain

by Chaweya Mzembe
in Agriculture, National
0 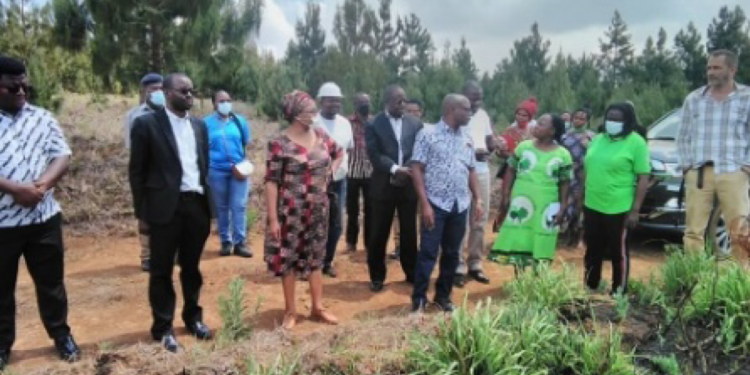 Minister of Forestry and Natural Resources, Nancy Tembo has called on people in Zomba and surrounding districts to protect Zomba Mountain and forest, saying the two physical features are the main source of water for the district.

Speaking after touring hectares of forestland that was burnt a few days ago, Tembo said it was sad to note that there are some people who, up to now, do not consider forest and the environment as a basic necessity for human life.

Tembo said through mountains and forests, people have access to water for their survival; thereby, calling for intensified protection against all ill-minded persons.

“I heard about the fire and I said I must come and see for myself the extent of the damage to the forest. I am saddened to see hectares of the forest even those closer to the source of Mulunguzi River being damaged by fire,” she lamented.

“We need, as a country, to intensify protection of our forests and environment from fire and many other causes of damage,” Tembo added.

Tembo also expressed concern over the drop in water levels in Mulunguzi Dam, saying it was a clear indication of the destruction being done in the forest and the mountain at large.

Meanwhile, Tembo has directed the Department of Forestry to give part of the land to the cooperatives under the public-private-partnership arrangement for proper management.

“I noticed a great difference between the forest being managed by our department, Southern Region Water Board (SRWB) and the cooperatives.

“I believe we could protect the forest and mountain more if we invite more individuals in a form of cooperative to plant their trees on the mountain and, in that way, helping us to manage the area from damages,” she said.

Normally, the forest suffers from fires set by hunters, fire from electrical faults on power lines and fires as result of clearing fields.

According to Zomba District Forestry Officer, Amon Kabango about 50.7 hectares of forest cover were damaged by the fire, adding that the fire that destroyed the forest a few days ago was because of Electricity Supply Commission of Malawi (ESCOM) faulty power line.

“Apart from the other challenges in managing the forest, we also don’t have adequate firefighting machines,” he said. “However, from the damaged forest, we expect some of the trees to survive.”