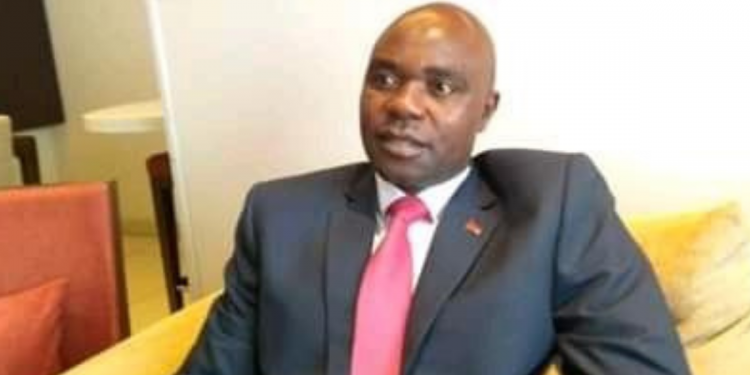 Malawi Minister of Foreign Affairs and International Cooperation Eisenhower Mkaka says the visit of President Lazarus Chakwera to Zambia is a step which the new Government has taken to consolidate its relations with neibouring countries.

Mkaka told MBC in Lusaka that Malawi wants to move together on issues of development with
surrounding countries and the visit to Zambia is one such step.
He was speaking ahead of the official one-day visit of Chakwera to Zambia on Tuesday. He said at one point in time Malawi and Zambia were one country under the federation which also
had Zimbabwe in it.

The Minister said it was worrying that in the recent past Malawi has not done enough to consolidate relations with other countries. He said this is the reason why the Malawi leader
wants Malawi to start correcting things by connecting with neighbors.

“For some time now Malawi has been operating on its own like an island. So, basically the first thing which President Chakwera needs to do is to make sure that we connect with the neighbors. So we cannot go beyond our immediate neighbors like Zambia when we want to correct things. We need to start with countries that have surrounded us,” said Mkaka

The trip to Zambia is the first outing for Chakwera since assuming office in June this year.
On this Mkaka said the President will also take advantage of the visit to discuss a number of
issues including an energy deal, trade and other things besides holding talks in camera.

“I am told that President Chakwera will hold private talks with his Zambian counterpart President Edgar Chagwa Lungu. I am told that there will be discussion on an energy deal. So the two leaders will have the opportunity to discuss many other issues including trade”. said Mkaka

Malawi and Zambia have been bilateral partners since pre-independence days. Malawi’s High Commissioner to Zambia Warren Bamusi Gunda said the President’s visit is a clear indicator that Malawi and Zambia “are the best of friends.”