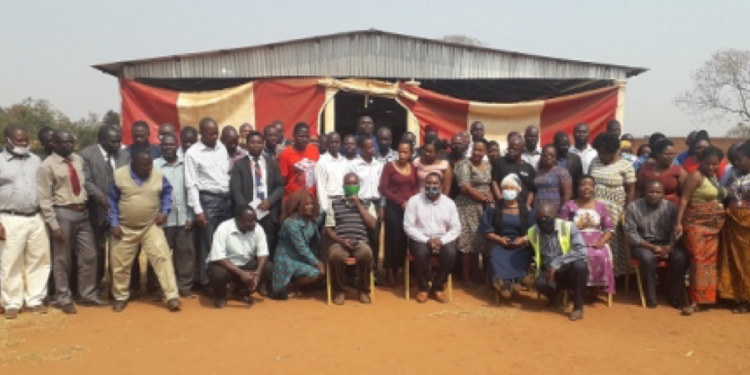 Ward Development Committees (WDCs) have been challenged to promote transparency and accountability in a bid to curb corruption, a vice that is widespread in the country.

The Anti Corruption Bureau (ACB) in collaboration with National Initiative for Civic Education (NICE) and Lilongwe City Council (LCC) made the urge at a workshop on Wednesday in Lilongwe where WDCs were drilled on issues to do with social accountability.

Speaking in an interview, ACB Principal Public Education Officer, Catherine Nkhoma said the workshop aimed at empowering WDCs for them to be effective.

“The current WDCs were elected in 2019, however, they have not yet done any form of training for their roles.

“So, we want to provide social accountability tools to help them in dealing with corruption in their respective wards as one of their responsibilities,” she said.

She said the ward development committees would be trained on how to report corruption and avoid the same.

“The vigilance of WDCs as well as ward members will help allocate funds accordingly and promote the funds’ proper management which will ultimately lead to top-notch development in the country,” said Ali.

Ali also hailed the collaboration of the three institutions to train ward representatives, saying working together would save resources which would be utilised in other areas.

LCC’s City Development Strategy Manager, Gift Kasamira appealed to the WDCs to take the training
seriously, saying with their new knowledge, the council would run smoothly.

“As an entity (LCC) that manages affairs of the city, we need to work with well-trained people that can help to develop the nation,” Kasamira said.

About 70 participants (three representatives from each ward) were drawn from all the 27 wards in Lilongwe District for the training.

The initiative, which has been implemented in Dedza, Ntcheu and Lilongwe districts so far, is expected to hit the rest of the districts in the long run, according to the workshop training organisers.