by Chaweya Mzembe
in World
0 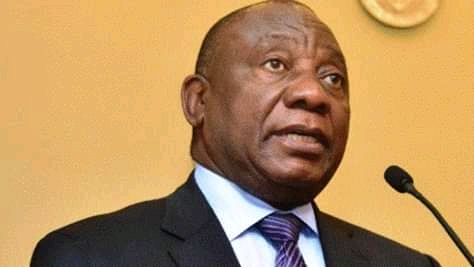 President Cyril Ramamphosa has condemned the continuous killing of women in the country. This follows the 5 deaths of women who are reported dead within last week this month due to gender violence, two of whom, Tshegofatso Pule and Naledi Phangindawo, have become the subject of Twitter campaigns calling for justice.

It is a dark and shameful week for us as a nation…Ramamphosa. He said it is disgusting to see men taking advantage of the eased restrictions on movement to attack women and children at the very moment when the country is experiencing the gravest of threats from the pandemic.

Ramamphosa has also urged victims to report perpetrators of gender- based violence to police to help government bringing the offenders to book.

“With our silence, by looking the other way because we believe it is personal or family matter, we become complicit. For public faith in the criminal justice system to be maintained, gender-based violence needs to be treated with urgency it deserves by our communities working together with our police”

The media officer for the organisation, Mienke Steytler, said issues of gender-based violence have been under discussions for so many years now but only a few cases have been put to trial. She said government should sensitize police officers investigating alleged cases of gender-based violence and femicide on the need to collect evidences properly to ensure that all cases are handled accordingly. Steytler has also urged men to stop perceiving women as having less privileges to exercise their constitutional rights. About 51% of women in South Africa are facing gender-based violence and it is believed the lift on alcohol ban in level 3 of the lockdown has worsened the situation.

On September 4, 2019 a nationwide cry against gender-based violence erupted in the streets of South Africa following the violent death of Uyinene Mrwetyana, Jess Hess, Leighndre Jegels and others who were sexually abused and murdered.