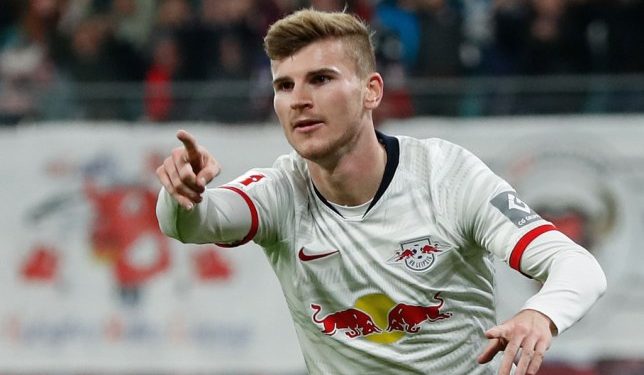 Timo Werner is on the verge of joining Chelsea this summer from RB Leipzig and the deal is set to be announced soon.

The 24-year-old will make the switch to Stamford Bridge on a five-year-deal with the Blues set to fork out £54 million after triggering his release clause.

Chelsea have beaten Liverpool in the race to land Werner after Jurgen Klopp’s side pulled out due to financial reasons.

Speaking on BT Sport, journalist Raphael Honigstein revealed that only the medical is left to be completed before Werner’s move to London is finalised.

“It is all done. Chelsea will be meeting the release clause and Timo Werner has agreed personal terms,” he said.

“The deal will be announced soon when he has the chance to have a medical.”

Lampard was joined by Petr Cech as they made an undercover journey to meet with Werner, his family and representatives to convince him to join the Blues.

The 24-year-old has held lengthy talks with the Chelsea boss regarding the clubs plans for the future.

He will become Chelsea’s second signing of the summer with Hakim Ziyech set to arrive from Ajax.