by Editor
in Crime, National, News
0 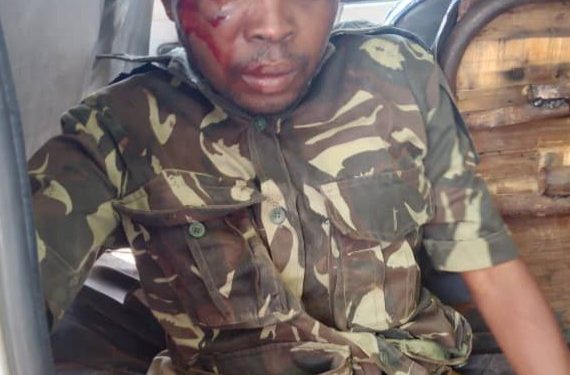 Police in Blantyre are keeping in custody a police officer for the acts indended to cause grivious harm.
According to reports, the suspect whose number B6766 is identified as Sergeant Luka Naphiyo aged 28 from Mangulama Village , Traditional Authority Nkalo in Chiradzulu District.

The suspect committed the offense on 26 November,2022 at about 15:30hrs at Blantyre Market in the City of Blantyre. The survivor of the accident who is also a driver of minibus Steven Edward aged 26 from Makani Village T/A Nsomba in Blantyre reported the matter to police that the mentioned suspect without aparent reason allegedly shot him on the knee.

Facts are that the suspected officer was assigned to work at Mandala State resident Guest House from the shift of 12: 00 hours to 18: 00hours.

Surprisingly at about 15:30hours,the rank went to Blantyre Market where Chilobwe -Blantyre Minibuses park whilst drunk and had carried with him a K2C rifle which had 10 rounds of ammunitions.

The officer started shooting in the air with his rifle K2C and this made drivers who were there to be scared and hence dispersed.In the process he shot the victim on the knee. The Victim fell down and later the rank advanced to the victim and pointed at him saying he would finish him but fortunately he had comply emptied all the ammunitions which were in the magazine.

Well- wishers grabbed the rank and snatched the K2C riffle and later angry people started beating the rank and luckily enough he was rescued by the drivers who took him to Blantyre Police Station.

Meanwhile, the survivor has been refered to QECH so that he could be attended to .The accused person has also been escorted to Queen Elizabeth Central Hospital for treatment before he is placed in custody to answer the offence he has committed