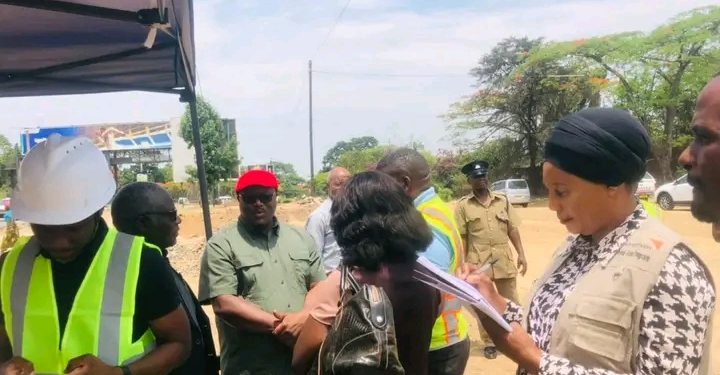 Minister of Local Government Blessings Chinsinga and his deputy Halima Daudi are in Blantyre to inaugurate construction works for Ndirande Nkolokoti Road.

Before the inauguration, they are touring the construction of other roads in the city namely Lali Lubani – Kenyatta Drive, Newlands – Chiwembe Road and Namiwawa – Sunnyside Road.

Speaking ahead of the inauguration of the Ndirande – Nkolokoti Road, Parliamentarian for Blantyre City East who is also Deputy Minister of Water and Sanitation, John Bande, said it is pleasing to note that the Southern Region is benefitting from government infrastructure development programmes such as the roads being constructed in the city.

“A good road network is a key driver to social economic development. Such road networks will enhance the thriving of current and prospective businesses in Blantyre City,” said Bande.

Blantyre City Council has embarked on the construction of the by-pass roads which are aimed at reducing congestion in the city.