Two men kill each other over a woman. 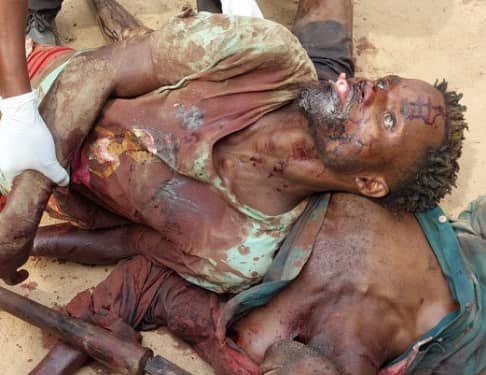 Two men in Chintheche, Nkhata Bay District, have killed each other as they fought for a woman in Zomelanga Villlage in the district.

According to reports, Justin Tambala married one Marriam Mwanyali for some years.

Three years back, Makawa proposed the woman to be his better half but the woman rejected him.

However, on the material date October 24, 2022 the woman who went out for other errands, on her way back home found the two men fighting.

Despite her effort shouting for help, the two men kept on fighting with weapons they carried untill they severely injured each other.

Upon receiving report, Police Officers from Chintheche Police Post, rushed to the scene and took the two victims to Chintheche Rural Hospital where they were pronounced dead upon arrival . The deaths were due to excessive loss of blood.