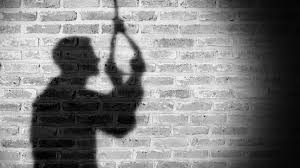 A family misunderstanding has claimed life of a 40 year old man in Dowa district, who has hanged himself after allegedly being told one of his children was fathered by another man.

According to Msadala, Braiwel was on medication as in 2019 he developed mental illness but was married with five  children.

He says on Saturday the man, while drunk, quarreled with his wife around 8 o’clock in the evening and was told by the wife that their third born is not his.

The Mponela Police Spokesperson says this angered the 40 year old man, who rushed to taking a hoe handle and hit his wife in the head before running away.

He says neighbors searched for him throughout the night but the search was futile only to find him the following morning hanging dead inside his mother’s kitchen.

Braiwel hailed from Tsamkanga village in the area of Traditional  Authority Chakhaza in Dowa district.