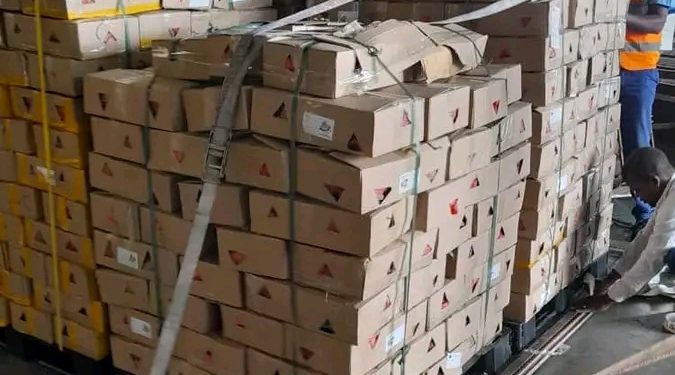 After months of discussions with Emirates Airline on the readiness of Kamuzu International Airport to handle perishable exports to the Middle East, a three-tonne trial shipment of fresh mangoes consignment has been flown to Dubai on an Emirates Freighter.

The development follows the Emirates team visit to assess Malawi’s potential on the deal and Kamuzu International Airport’s capability. They have since expressed satisfaction with the country’s preparedness for the agreement.

It also comes following a meeting that President Dr Lazarus Chakwera had with Emirates Airline during his Dubai trip in October 2021.

Minister of Transport, Jacob Hara, who led a team to turn the plans into reality, said under the deal, Malawi stands to benefit as the country’s fruits find their way into the middle east markets.

The Minister believes the more we export various crops and products the more we improve the country’s economy.