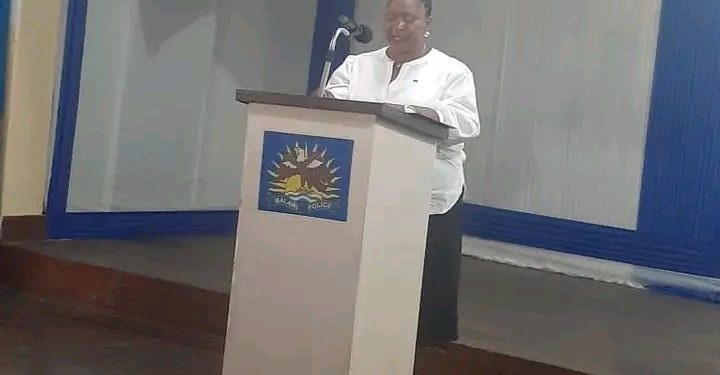 Representing the Inspector General of Police during the official launch of the association at National Police Headquarters in Lilongwe, Mrs. Barbra Tsiga, Commissioner of Police said MPS is ready to rally behind the group as it serves a benchmark for discipline, togetherness and retirement preparedness.

Tsiga therefore called for cordial relationship between the association and the Service’s serving members.

Presiding over the launch, Minister of Homeland Security, Hon. Jean Sendeza, MP, asked the association to stick to its moral values and seek government’s intervention if need arises.

The official launch began with a solidarity match from Area 10 Roundabout to Police Headquarters while Shokoshoko comedy and Lilongwe Cultural Troops spiced up the event.
https://www.police.gov.mw/node/220