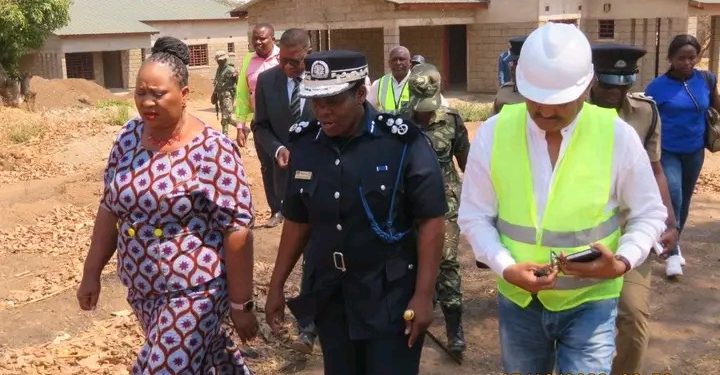 The Minister of Homeland Security, Hon. Jean Sendeza, MP, has cautioned police officers to refrain from corrupt practices perpetrated in line of their duties, saying the malpractice erodes public confidence.

The Minister made the remarks on the sidelines of her familiarization tour at National Police Headquarters in Lilongwe on Friday, October 7, 2022.

She thus cited traffic police officers as being the most alleged corrupt officers.

The Minister further denounced misconduct by some police officers who utter unpalatable remarks including expressing their political affiliations towards their clients.

“You are public servants who are expected to deliver quality services for all. Leave politics to politicians,” emphasized Sendeza.

On her part, the Inspector General of Police, Mrs. Merlyne Yolamu, PPM, expressed gratitude for the fleet of vehicles and housing project the government is currently undertaking.

She therefore urged her officers to exercise hard-working and team work spirits in fighting against crime.

The Minister earlier inspected various projects being undertaken at the police headquarters including the housing project and Police FM radio station.