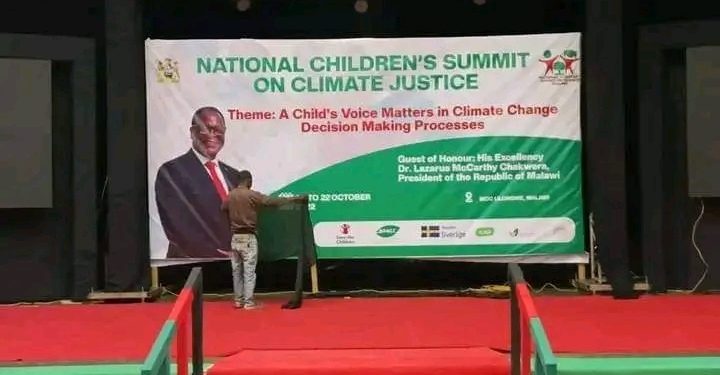 The launch started with a parade from Capital Hotel roundabout to BICC (the president joined the parade), amplifying children’s voice on Climate Justice.

The president also inspected pavilions where children have displayed various technologies aimed at conserving the environment.

The aim for the climate Justice summit is to send a message to Malawi Government, development partners, United Nations and key stakeholders on the need to build a stronger and responsive child friendly climate response in Malawi.

“It is very important to protect children from the impacts of climate change.

Currently, children’s voices are not represented at national-level climate dialogues and Conference of Parties (COP) at the United Nations Framework Convention on Climate Change (UNFCCC).