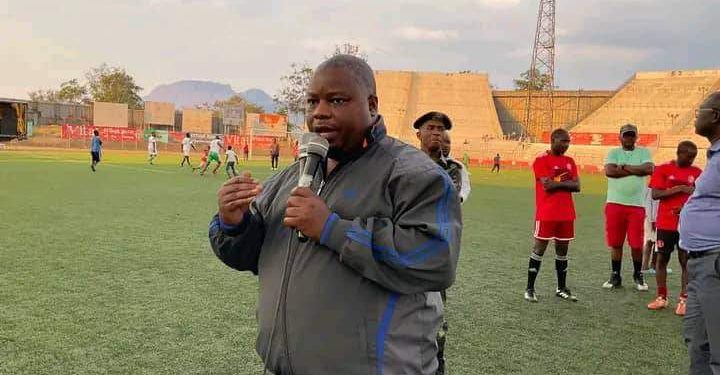 DPP Vice President for the South Kondwani Nankhumwa made a donation of K1million towards the fundraising drive  championed jointly by Ex-Bullets players and Musicians Union of Malawi.

The donation has come as Nankhumwa attended a fundraising match involving Ex-Big Bullets players and some of the country’s musicians at the Kamuzu Stadium in Blantyre.

The initiative was aimed at raising funds to ease challenges that some former players and musicians are currently facing.

According to MUM President Gloria Kampingu Manong’a, part of the funds will also go towards the holding of their big congress to take place next year.

Apart from the donation, Nankhumwa has also pledged to convene a meeting with representatives of MUM and ex-bullets players, to find long term solutions to the challenges being faced by former players and some musicians in the country.

At the event, Nankhumwa was accompanied by DPP Chiradzulu West legislator Mathews Ngwale.

Other notable faces included Voice Mhone who represented the Minister of Gender, Children and Social welfare as well as  Malawi National Council of Sports board Chairperson, Sunduzwayo Madise.