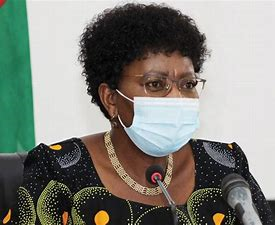 Minister of Education Agnes NyaLonje has been criticised her lack of knowledge on forex externalization after claiming that government officials do not spend in United States dollars when they travel because they only use a card.

During one of her press conference ahead of the United Nations General Assembly (UNGA), NyaLonje  claimed that when going on foreign trips for personal or official reasons, travellers do not take out forex because they only make digital payments. her reactions attracted a lot of rebuke from various sectors in the country claiming the Minister was acting out of ignorance.

“You do not carry cash which means you do not externalize United States dollars. So that way you do not take out forex from government’s reserves.

“When I travel I only use the card, when I withdraw money, it comes out of the Kwacha account without me carrying any US dollar note,” said NyaLonje, who was addressing the press alongside Minister of Foreign Affairs Nancy Tembo and Minister of Information Gospel Kazako.

A video clip of NyaLonje’s intervie is trending is being widely shared on social media.

Some social media commentators also posted the clip and corrected NyaLonje, saying when a person who is abroad uses their local card to pay for anything, the traveller’s bank sent the required forex and that way forex is externalized.

NyaLonje was among the ministers who travelled with Chakwera last month to the United States for the UNGA.

A published report revealed that 21,000 United States dollars was being spent on allowances per day for Chakwera’s delegation in the US