As court sentences him to 10 years IHL 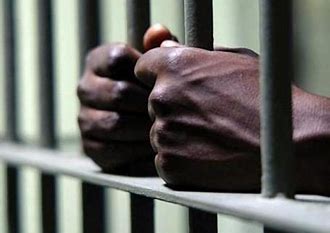 The Senior Resident Magistrate Court in Blantyre on October 04, 2022 convicted and sentenced a herbalist Paul Luka, 44 to 10 years imprisonment with hard labour for defiling a 13 year old girl.

The court heard through state prosecutor Jimmy Matandika that, between the months of April 2021 and February 2022, the convict, whilst working as a native doctor was treating the victim’s father who was suffering from an ailment in both legs.

Luka took advantage of the situation and convinced the minor to have sexual intercourse with him so that the victim’s father gets healed from the ailment.

Prosecutor Matandika added that, the mother to victim noticed some changes on her daughter’s appearance and upon being quizzed she revealed to be pregnant and narrated the ordeal to her mother.

The matter was reported at Manase Police Unit who issued the victim with a referral letter and the results from Queen Elizabeth Central Hospital came out positive.

Appearing in court Luka pleaded not guilty to the charge prompting the state to parade four witnesses who proved the case beyond reasonable doubt.

In mitigation, the convict asked for a lenient sentence citing that he is a breadwinner to his family.

In his submission prosecutor Matandika cited that such cases are on the rise and the offence was well planned hence the convict deserved a custodial sentence to deter would be offenders.