Drama at QUECH mortuary as a dead man found alive 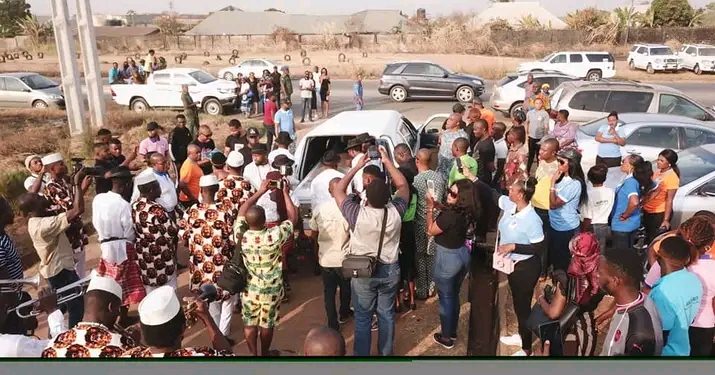 There was drama at Queen Elizabeth Central Hospital (QECH) in Blantyre after relatives of a person who was involved in a an accident storm the hospital with a coffin after being told that their relative had died.

Earlier today, a minibus involved in an accident at Clock tower as the driver of the minibus was running away from the police.

At least two people were feared dead and more than 20 people sustained injuries and were rushed to QECH for treatment.

One person’s relatives, got hold of the sad news and rushed to buy a coffin and proceed to QECH to get the body of their relative.

Only to meet the person right outside the hospital’s gates an indication that the person has been discharged.

When the person saw the relatives and realized that the coffin was meant for them, they started crying uncontrollably.