The debt has brought economic meltdown 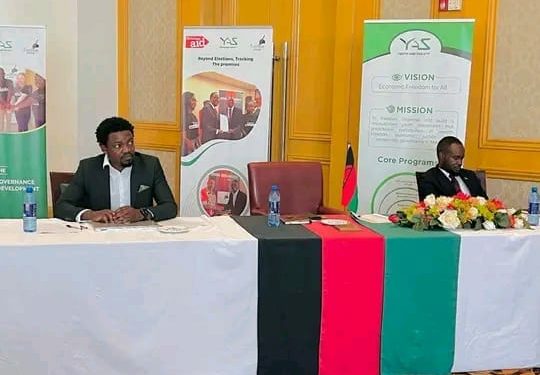 Finance Minister Sosten Gwengwe has admitted that the Malawi’s economic meltdown is due to accumulation of debts that has reached MK6.38 trillion from MK5.8 trillion.

The minister disclosed this on Tuesday, September 21, 2022 in delivering the economic state of the country’s at a national youth conference in Lilongwe.

Gwengwe said President Lazarus Chakwera’s Tonse government is failing to implement several projects as much of the developments money are being channeled to the debts.

The Ministers observes that most debts are with unofficial lenders in the name of the commercial lenders as the money belongs to individuals.

He said International Monetary Fund (IMF) do not lend a country with unsustainable debts the current case with Malawi.

He said government is still in talks with IMF to come in despite the country being in a very critical crisis like this.

Gwengwe said rampant smuggling of commodities is also affecting the generation of forex as the country is failing to meet its targeted figure.

Youth Decide Team leader, Charles Kanjoloweka said the conference will help government to implement measures that will benefit everyone including the youths as the meeting at fixing governance in line with 2063 MDGs

Kanjoloweka said it is their hope that government officials will come in in numbers to attend the conference which is of help to all Malawians at heart as it is a constructive engagement.

Meanwhile several quarters have mix reactions on the current status of the country’s economy as some are calling for the step down of the current president Chakwera claiming that he has failed to manage the economy.