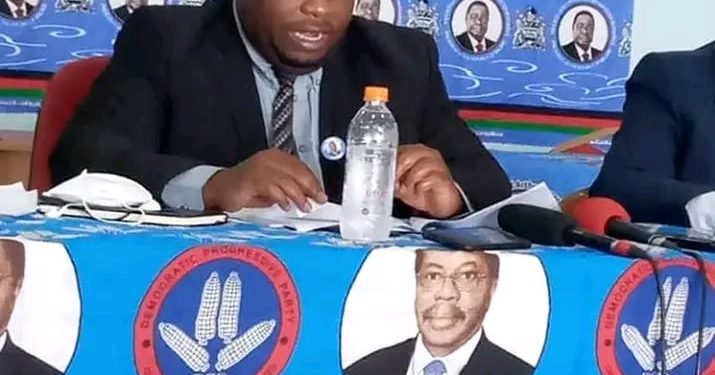 Democratic Progressive Party (DPP) vice president for the South Kondwani Nankhumwa and others have instructed their lawyers Chidothe and Company to withdraw the K87 million legal costs demand in a case they won against the party.

Nankhumwa along others won a case in which they were challenging their expulsion from the party.

But in a letter on behalf of all the claimants addressed to their lawyers Chidothe and Company, Nthenda has asked the lawyers to withdraw the demand saying they are also senior members of the party.

“I understand you have filed a notice of assessment of costs in court following a judgement dated 5th day of May, 2022, where the court ordered the defendant party to pay costs of the action.

“I also understand that the issue of costs follow the event despite the fact that it is the discretion of the court to award costs to the winning party,” the letter reads in part.

Nthenda confirmed writing their lawyers saying the claimants being senior members of the party were also going to contribute to the demanded costs.

“We have told our lawyers to withdraw this demand for costs in the spirit of unity and we hope that we will continue moving together as a party,” he said.

In May this year, Judge Simeon Mdeza reinstated the four to their positions and ordered the party to internally resolve the persistent infighting and call for a convention at its convenience.

DPP Director of Legal Affairs Charles Mhango claimed the party did not defend the case saying it had already reinstated the four but Jeffrey insisted that the reinstatement was fake saying they were not being involved in the party’s operations.

“They did not reinstate us in good faith. If they indeed reinstated us why were they sidelining us in their meetings? Just yesterday [Wednesday] Professor [Peter] Mutharika issued a statement condemning a rally I organised as Secretary General. What’s that?” Jeffrey queried.