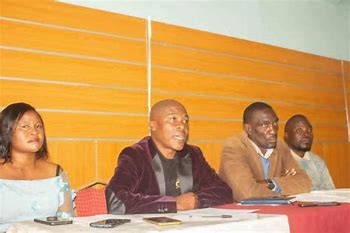 The Centre for Democracy and Economic Development Initiatives (CDEDI) has asked President Lazarus Chakwera to honour the pledge of trimming his powers by removing presidential immunity.
In a letter to the president, CDEDI has warned that it will not hesitate to mobilize Malawians to hold peaceful demonstrations and vigils should Chakwera fail to take heed of the appeal.

According to CDEDI, the general feeling currently among Malawians is that if President Lazarus Chakwera is clean from any of corruption scandals, then there is no reason whatsoever for him to change tune on the promises made without being forced by anyone.
“This simply means that if you have nothing to hide, you will champion the amendment of section 91 of the Constitution. It is against this background that CDEDI, on behalf of well-meaning Malawians that are also voters and taxpayers, is giving you Your Excellency, fourteen (14) days to engage the Malawi Law Commission through the Attorney General’s office, to kick-start the amendment process of section 91 of the Republican Constitution, as proof that your hands are clean, and the re-affirmation of your commitment on zero tolerance against corruption,” reads part of the letter.
The letter is directly addressed to President Chakwera since the promise of trimming the presidential powers was part of his popular Hi5 agenda prior to 2019 general elections and 2020 fresh presidential elections.
CDEDI Executive Director Sylvester Namiwa argued in the letter that the closest Chakwera got on zero tolerance against corruption, was the time during which he opened doors to the Anti-Corruption Bureau to have an interview with him right at the State House, at the height of the National Oil Company of Malawi (NOCMA) oil deals investigations.
However, Namiwa said the above feat adds nothing to the fight against corruption when section 91 of the Republican Constitution is brought into the equation.
Namiwa argued that with section 91 of the Malawi Constitution still intact, whatever the ACB did at the State House means very little in the fight against corruption, since in the event that ACB officials found colossal evidence linking presidency to the deals, they will have to wait until the President get out of office to commence criminal investigations.
“Some holders of this office have always found refuge in these presidential powers, and have at times abused them. This is the reason why most Malawians rallied behind you Sir, and resoundingly voted the Tonse Alliance partners into office, with the hope that you would honour your campaign promise to trim presidential powers,” he narrates.
Namiwa added that a clear manifestation that Chakwera has departed from his promises was the fact that he recently gave the Anti-Corruption Bureau (ACB) 21 days to furnish him with a report on the investigations involving British Businessperson Zuneth Sattar.
“This, we believe, was a glaring departure from the promise you made; that you would make the ACB free from political interference, thereby making it independent,” he said.
The CDEDI Boss said it is time for Chakwera to agree with CDEDI that talks about ending the endemic corruption remains political rhetoric unless presidential immunity is scrapped off as promised during campaign period.
“We believe that you had taken cognizance of the consequences of scrapping off the presidential immunity, prior to your announcement during the campaign period that you would take this route. CDEDI would like to further believe that when making this promise during the campaign period, Your Excellency had reflected very thoroughly, and came to the conclusion that the importance of scrapping off the presidential immunity, outweighed its consequences, bearing in mind the harm it is causing to the millions of the marginalized and vulnerable people, that should have been benefiting from public funds that are lost through corruption,” Namiwa said in the letter addressed to President Chakwera.
Namiwa further said that the only option the Tonse Alliance government has in order to win back the trust of the people is by swiftly going back to the key promises made to the people of Malawi, and honouring them.