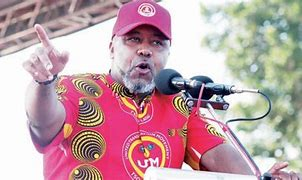 The UTM party says it is shocked and saddened by President Lazarus Chakwera’s decision to stop delegating duties to Malawi Vice President Saulos Chilima.
The party has since expressed unwavering support for its president Chilima, who has been accused of receiving money from businessperson Zuneth Sattar.
In a statement today, UTM spokesperson Frank Mwenifumbo has said that the party has absolute belief in the Malawi justice system and is confident that justice will prevail.
“We are not going to make further comments henceforth until this issue comes to logical conclusion. We continue to give our unwavering support and following to our President, Saulos Chilima, who led us through all trials and tribulations before and during the campaign period that ushered in this Government,” said Mwenifumbo.
Yesterday, Chakwera announced that Chilima will not be carrying out any official duties as vice president due allegations that he had corrupt dealings with businessperson Zuneth Sattar in 2021.
Chakwera made the decision after receiving a report from the Anti-Corruption (ACB) which states that Chilima is among 13 people the bureau extensively investigated to the point of concluding that they conducted themselves corruptly in dealing with the businessman
Chakwera said the mentioning of Chilima’s names in the report raises public suspicion and it is necessary for the president to take measures to protect public trust.
“What I have decided to do, is to withhold from his office any delegated duties while waiting for the Bureau to substantiate its allegations against him and to make known its course of action in relation to such,” said Chakwera
Chilima and Chakwera were elected in 2020 after their parties, UTM and Malawi Congress Party (MCP) joined forces in the presidential elections.