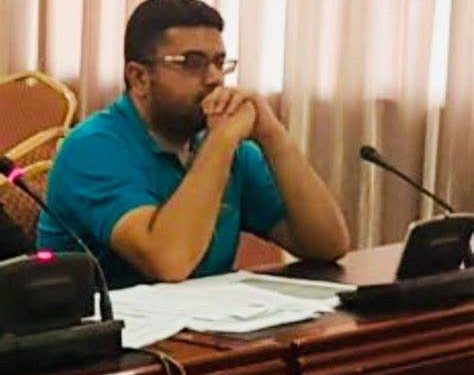 The High Court in Lilongwe has adjourned the case involving business man Zameer Karim and Victoria Chanza who are suspected to have forged a document to access K150 Million from Eco Bank.
Defense Counsel Alexius Nampota cross-examined two state witnesses George Phuza who is the Head of Credit Department at Eco bank, and Yotamu Banda a Police Investigator in regards to the contract of food rations between Zameer Karim Pioneer investment and the Police Service.
In an interview, Alexius Nampota said that the case has moved on well citing that enough evidence has been provided which the Police initially denied.
“If the state had allowed to get the documents we have given to the court, they would have come to the conclusion that the first accused Zameer karim did not forge those documents”.
“The documents were done by Botomani and was instructed by the deputy inspector General of police. It was a legitimate contract, they won the bid, took the contract to the bank to secure 150 million,” Nampota.
In addition to that, Nampota said that the document that was sent to Eco Bank was authentic. He hailed WhatsApp messages in the proceedings to help establish the detailed conversations at different stages of time.
“The WhatsApp messages give the whole back ground to what happened, now as investigators they needed to have seen the conversations because they spell out what happened at each stage”, he said.
However, Director of Public Prosecutions (DPP) Steven Kayuni said that hearing sessions have been completed and now wait to hear from the court.
“I think the case went well, we finished parading all the witnesses we are however, waiting for the high court to make its decision after we file all our submissions,” Kayuni said.
Justice Patrick Chirwa has since adjourned the case for 21 days to allow both parties to submit documentation within 14 days and 7 days to answer.