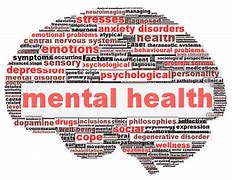 Lilongwe First Magistrate Court has sentenced 41-year-old Yakilini Chinsepo to one and a half years imprisonment for attempting suicide.
State Prosecutor, Sub Inspector Damiano Nyasulu, told the court that Chinsepo, a former employee of Almeida Company, sold assorted company property including two 100-litre jelly cans, 28 used iron sheets, wire, two steel door frames, two wooden door frames and 16 timbers.
“When the owner of the company came to audit the facility following a tip from well-wishers, he was surprised that upon getting to the facility, the man ran into his dwelling house and locked himself in.
“The owner, with the help of other employees, forced the door open only to find Chinsepo hanging from the roof of the house. They then cut the rope,” said Nyasulu.
Chinsepo was taken to Njerwa Police Unit where he was charged of attempted suicide under Section 229 of the Penal Code.
In mitigation, the accused pleaded guilty to the charge but appealed to the court for leniency, saying he has a family and children that depend on him.
However, the state asked the court to give Chinsepo a stiff punishment saying his actions would have left complications on the company’s management and reputation.
In his ruling, First Grade Magistrate Amran Phiri did not consider the plea by the defendant and slapped him with 18 months imprisonment with hard labour.