Man commits suicide over fiancée fight over a sex worker 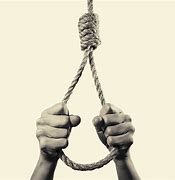 A man in Lilongwe has hanged himself to toilet roof after his fiancée and a commercial sex worker he brought home engaged in a brawl over him.
The Deputy Public Relations Officer of Lilongwe Police Station, Foster Benjamin, said the deceased, Stewart Banda, was found dead on Wednesday following a scandal the previous day involving him, the fiancée and a sex worker.
Prior to the tragic incident, Banda went on a drinking spree and ended up hooking a prostitute at Chigwirizano Township before taking her to his parents’ home.

Unfortunately, his fiancée got the wind of the whole issue and immediately rushed to the house and a fight erupted between the two ladies.
Banda fled from the scene and sought refuge at his friend’s house before he returned back to his parents’ house on Wednesday.
On the morning of Wednesday, Banda’s father discovered his lifeless body hanging from the roof of the toilet before he alerted Chinsapo Police Unit.

Detective arrived at the scene and took Banda’s body to Kamuzu Central Hospital for postmortem.
Results indicated that death was due to suffocation due to strangulation. Banda hailed from Nkhwangwa village, Lilongwe.

Tags: Man hangs himself over a prostitute