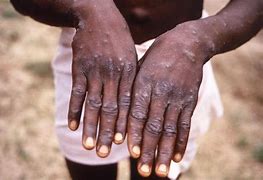 According to a report from Chirazulu District Health Office dated June 10, the patient was taken to the hospital on Wednesday and presented with painful rash all over the body with itchy and burning sensation.
The rash started from the head and spread to all parts of the body. The patient also had fever, and body pains and back pains
The symptoms started on 05th June, he was admitted at the Chiradzulu district hospital on 08th June, he was taken to Isolation Ward on 09th June after suspecting monkeypox and was pronounced dead in the morning of 10th June 2022.
From interviews, health workers noted that there was no known case of Monkeypox from the area where the suspected case was coming from, he has no travelling history to link with the infection transmission or that it has been imported from somewhere. The patient was working as a farmer and there was no person at home with the same condition.

“The suspected Monkey Pox case from Chiradzulu died before all investigations were completed to confirm or rule out the disease. While some clinical presentations were similar to that of Monkey pox, the Epidemiological links suggest otherwise. As such, laboratory findings remain critical in ascertaining the case,” reads part of the report.
The patient was aged 48 years and hailed from Muhiwa village, T/A Juma, Mulanje.
Monkey Pox has been spreading across the world since May this year, with over 1300 cases reported in various countries across the globe.