As they creates a Two point gap with Bullets 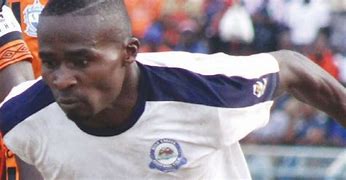 When The Flames’ on and off attacker, Schumacher Kuwali returned home after a 5 year sojourn in Mozambique at the beginning of the 2022 season, not many football fans expected the winger to make a strong mark on local football again.
The 26 year old star left Mozambiques’ top tier side, Uniao Desportiva De Songo whom he joined in 2019 to rejoin his former club, Blue Eagles, after playing for Ferreviaro De Nampula for 3 years.
In his 5 year spell in Mozambique, Schumacher, son to Malawi’s football icon Schubert Kuwali, scored a total of 37 goals, hiting the target 26 times for De Nampula and netting 16 times for UD Songo.
Back home, Schumacher found Eagles, whom he had played for seven years, scoring 36 goals for them before leaving for Mozambique, on the verge of collapse, with the Eagles needing a last day win against Mighty Wanderers last season to survive relegation.
With management at Area 30 ringing the changes to avoid a repeat of last seasons’ mishaps, coach Gerald Phiri was let go with experienced mentor Eliah Kananji being roped in to herald a new beginning for the cops.
In addition, Schumacher Kuwali led a signing of the Eagles galactico signings, which included the acquisition of Silver goalkeeper Brighton Munthali and Nyasa Big Bullets outcast Sankhani Mkandawire.
Schumacher was instantly made Captain of the club, replacing goalkeeper John Soko who had won the armband for a couple of seasons with Mkandawire being made a third captain.
“Blue Eagles is a big side that needs to be winning silverware every season. I am therefore urging my fellow players and other stakeholders in our team to work as a family so that we can bring back glory,” Kuwali told the Daily Times after being named Captain.
And just six weeks into the new season, Kuwali seems to be leading a new dawn at Nankhaka where the belief is getting stronger every week that Eagles can win their first ever league title.
Under his on field leadership, Eagles are top of the table with 19 points from seven games, five ahead of second placed Nyasa Big Bullets who have played a game less.
Kuwali has been involved in six of The Eagles seven games, having missed his teams’ league opening 0-1 win over MAFCO due to injury.
The Flames’ wingers impact on the Eagles team is however plain for all to see as he has managed to rake in 5 assists and a goal in the six games he has featured for the Kananji side with his goal coming in the Eagles 4-1 victory over Red Lions.
As Kuwali is shining individually, the team is also performing well collectively as they have scored 9 goals and conceded just twice in their seven games, becoming the team with the fewest goals conceded so far.
However, despite their bright start to the season, fans are still sceptical if the Eagles can go all the way to win the title as they have led the log table before but faltered when it mattered the most.
This weekend, the league leaders travel South to take on Sable Farming in a game the Eagles appear as favourites on paper. It is however the big games, such as the ones involving Big Bullets and Silver Strikers, in which Schumacher played a vital role that Eagles need to be constantly getting results from if their dream of bringing the league to Area 30 is to materialise.
As for Schumacher, he is sure that he can bring a mark to his former team and be the first captain of Blue Eagles to ever lift the Super League. Whether Kuwali can lead the parade of the march to the title, only time will tell. So far, if the Eagles early league performance is anything to go, that feat looks attainable.