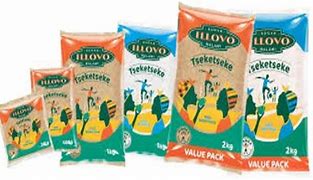 In reaction to the reports, Illovo Sugar Malawi plc through their Wednesday press statement, trashed the speculations saying everything is intact and that there is no reason for Malawians to panic over the matter.
Through the statement, Illovo Sugar Malawi plc admitted that every time the country is in wet season, there are always problems of cane transportation from the fields to the factory due wet grounds.

The company further indicated that as a safety measure to avoid vehicles being stuck in the fields, cane haulage usually resumes expeditiously as soon as excess water has drained off and it is safe for the haulage vehicles to access the fields.
However, the company says this does not automatically signify a looming sugar shortage as the factory continues to produce sugar from the sugar cane already available in its factory yard claiming this is a common occurrence and is planned for on an annual basis.
“We have noted that there is a forwarded message circulating on social media insinuating a potential shortage of sugar and calling for people to stock pile. The company would like to reassure its customers, consumers and the general public that both mills have commenced production.

“The company would also like to inform its customers, consumers, and general public that it is common practice for cane haulage to be affected during the early part of the season due to wet fields but mitigating measures are in place to facilitate cane supply to the factory,” reads part of the statement.
Malawi was once hit by chronic sugar crisis in 2017, which saw the commodity being sold at a higher price than recommended.