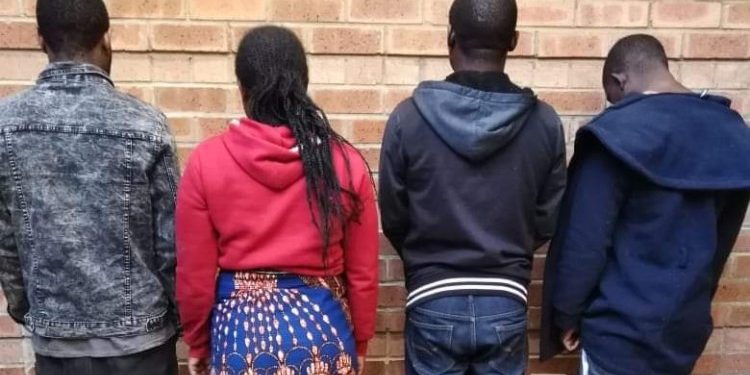 Four Malawian citizens have been charged with kidnapping, murder and defeating the ends of justice in South Africa after they allegedly killed a 78-year-old man and buried his body.
A statement by the South African Police Service released today says the four include a gardener and domestic worker employed by the victim.

They were arrested after the body of the 78-year-old man was found buried in a shallow grave in Cresta after he was reported missing on 16 April, 2022.
According to the police statement, a tenant reported his landlord missing after not seeing him for few days. It was reported that the victim’s car, a white VW Polo was also not in the yard.
Investigation revealed that the car was moving around Johannesburg and that the victim’s bank cards were being used.
“Further investigation led to the arrest of a male gardener and female domestic worker, both employed by the victim, and two other male suspects.
“The suspects pointed a shallow grave in the victim’s backyard where he was allegedly killed and buried,” reads part of the statement.
All four suspects who are reported to be Malawian citizens were charged with kidnapping, murder and defeating the ends of justice. They are expected to appear at Randburg Magistrate’s Court on Thursday, 28 April 2022.