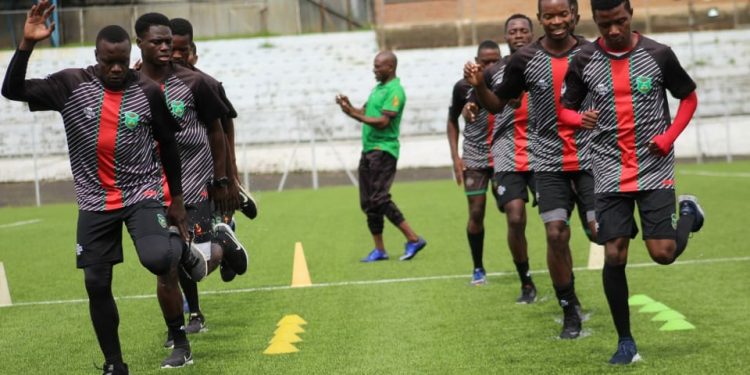 The Malawi National Football Team will begin their preparations for the two 2023 AFCON qualifiers in June with a local camp from May 8, 2022.
Flames are in group D of the qualifiers and will start their campaign at home against Ethiopia before facing Guinea away between May 30 and June 14. The actual dates and venues are yet to be confirmed by CAF.
According to FAM Competitions and Communications Director Gomezgani Zakazaka, the local camp will be done in two phases.
“Coach Mario Marinica is expected to invite a maximum number of 30 local based players for a training camp shortly. The 30 players are being earmarked for both the 2023 AFCON qualifiers as well as the 2023 CHAN qualifiers whose draw is yet to be conducted.
“The camp will be conducted in two phases. The first phase will run from 8th to 22nd of May 2022.The 2nd phase will run from 22nd to 30 May 2022.During the camp, players would be allowed to return to clubs according to their fixture’s involvements.
“The final squad will be announced at the end of the 1st phase. Active foreign based players will only be expected to join the squad at the opening of the FIFA Calendar on 30th May,” said Zakazaka.