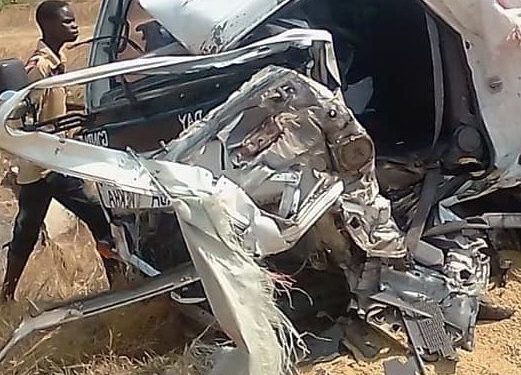 A 27-year-old identified as Titus Chitaya has died after a Toyota Sienta he was driving overturned three times last night at Old Maula in Nkhata Bay District.
According to reports, Chitaya was driving the said Toyota Sienta registration MN 385 from the direction of Chintheche heading towards Nkhata Bay boma with three passengers on board.
Upon arrival at Old Maula, Chitaya lost control of the motor vehicle after he failed to negotiate a bend due to overspeeding and the motor vehicle swerved from side to side before it over-turned three times.
Following the impact, the driver sustained severe head injuries and was pronounced dead upon arrival at Chintheche Rural Hospital.
The three passengers sustained minor injuries and are being treated at the same hospital.
Meanwhile, police in the district are appealing to all road users to always follow road safety measures to avoid such accidents.