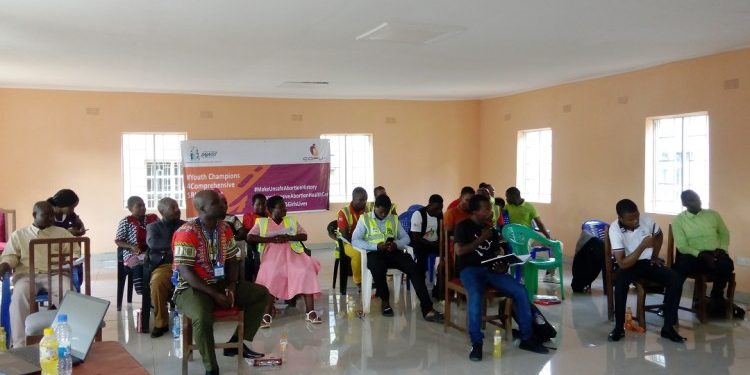 Phalombe North East Parliamentarian Dennis Namachekecha has bemoaned an increase in unsafe abortions among teenage girls in the district as health office’s report indicate that 669 unsafe abortions were conducted in 2021 alone.
The district’s Youth Friendly Health Services (YFHS) office report indicate that in 2021 there were 4123 teenage pregnancies that were registered out of this 669 unsafely aborted their pregnancies.

Speaking in an interview after youth’s engagement meeting with authorities in the district on sexual reproductive health and rights, Namachekecha said that there is need for something to be done so that girls and women be protected from premature deaths.

“The figures about the unsafe abortions are worrisome. We need to do something, I know there is a bill about pregnancy termination which is yet to be tabled because of other misunderstandings since there is need to start from grassroots for people to understand it and that there should be political will,” said Namachekecha.

On his part, Phalombe district council chairperson Bernard Komwa advised the health office to intensify distribution of contraceptives for teenagers to be preventing teenage pregnancies.
“Looking at the figures, they may not stop one from thinking that a lot of girls are dying because of unsafe abortions in our communities; I think contraceptives should be available everywhere for our girls to prevent getting pregnancies,” he said.
In a separate interview, YFHS coordinator for Phalombe Esnart Ligoya Kampondeni said her office through youth community based distribution agents is working tirelessly to provide contraceptives so that what happened in 2021 should not happen again this year.
Phalombe Youth Arms Organisation executive director Vincent Thom said they called for the meeting after noting that other stakeholders are not noticing the alarming of the rise of unsafe abortions in the district.

“Our fellow youths are dying and others are developing health complications because of unsafe abortions in our communities, there is need for the authorities to do something for us to avoid these problems,” said Thom.
The engagement meeting was held with support from Safaids through Coalition for Prevention of Unsafe Abortion (COPUA) with an aim of finding resolutions of how to deal with these unsafe abortions in the district.