As former the brides former husband keeps threatening the the minister 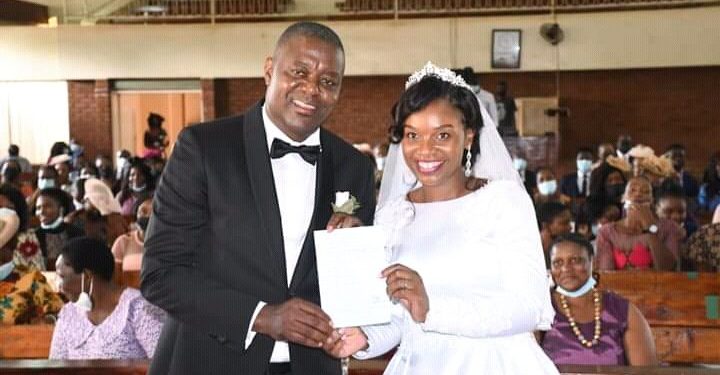 0
SHARES
110
VIEWS
Share on FacebookShare on TwitterShare on Whatsapp

Minister of Information and Digitalisation, Gospel Kazako, has officially tied the knot with Chikondi Moyo at Lingadzi CCAP in Lilongwe.
The officiating clergy, Rev. Winston Kawale, read from the book of Genesis 2:16, which says, ‘it is not good for man to be alone.’

“Marriage is a devine plan of the creator. This is why God made Eve and gave her to the first man, Adam. No party should be supreme over the other. Marriage is a place where joy and peace must thrive,” he said.

He then appealed to the couple to be gentle, and have self control as, the book of Galatians 5:22 dictates.