Judiciary wants salaries in US Dollars as the Kwacha sinks 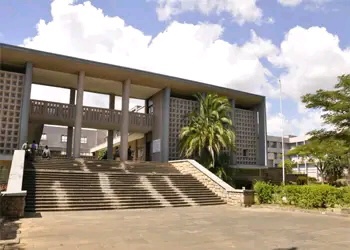 The Judiciary in Malawi has demanded that their salaries should be quoted in United States Dollars despite the Malawi Kwacha being the legal tender in Malawi which makes it illegal to quote the price of labour in US Dollars.

This was revealed yesterday when Public Appointments Committee (PAC) of Parliament presented its recommendations on Terms and Conditions of Service for Judicial Officers in Parliament.

On May 10 last year, officials from the Judiciary, led by Chairperson of the Committee on Conditions of Service Justice Sylvester Kalembera, had a meeting with PAC where the Judicial officials reported that salaries of officers in the Judiciary have not been in line with rising cost of living since 2012.

The Judiciary argued that the value of their salaries had been heavily eroded by inflation and they proposed that the schedule of salaries for judicial officers be reviewed.

The proposal to review salaries was made even though the three-year period for reviewing Judicial salaries had not elapsed.

According to Chitsulo, based on the salary for 2012 and factoring inflation, a judge of the High Court was supposed to be earning the equivalent of $15,781 per month.

However, when PAC met Treasury over the issue, the committee was informed that inflation was the right measure of maintaining the purchasing power because the calculation of inflation took the exchange rate loses into account.

It was also revealed that when salary adjustments and inflation are taken into account, some judicial officers had had their salaries decreased while the value of salaries had increased for many.

When this was presented to the Judiciary, the Judiciary insisted that the US Dollar should be used and not inflation.

But when asked for opinion, the Office of the Attorney General (AG) advised that the Malawi Kwacha was the legal tender in Malawi and that it would, therefore, be unlawful to quote the price of labour in US Dollars.

Treasury was then asked to recalculate the value of salaries based on the inflation rate provided by the Reserve Bank of Malawi and a schedule based on the recalculation was presented at a meeting with the budget director held on January 27, 2022.

“In view of the foregoing, Madame Speaker, the committee does not [propose] any adjustment to the salaries of judicial officers beyond what had already been provided,” said Chitsulo.

Tags: Judiciary wants salaries in US Dollars as the Kwacha sinks