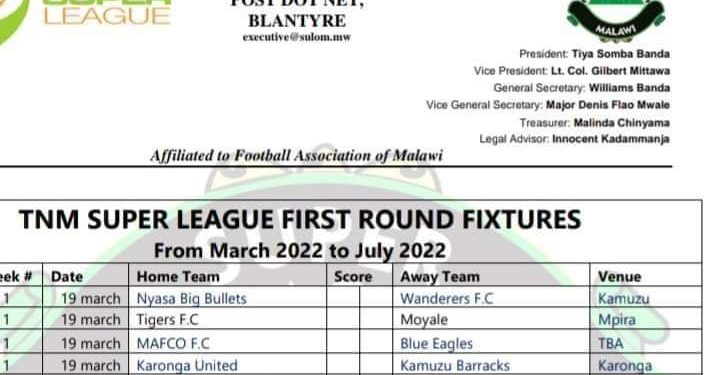 Defending champions Nyasa Big Bullets will kickoff the defence of the TNM Superleague title in a mouth watering clash against their arch rival Mighty Wanderers at Kamuzu Stadium in Blantyre.

FDH Bank Cup winners Silver Strikers will travel to the Southern Region where they will play Red Lions at Balaka Stadium while Mafco will host Blue Eagles at the venue to be announced.

In another matches,Tigers FC will host Moyale while Kamuzu Barracks will travel to the north where they will face Karonga United.

The first round of the TNM Superleague campaign will start on 19th March and is scheduled to run through to Sunday 29 June 2022.