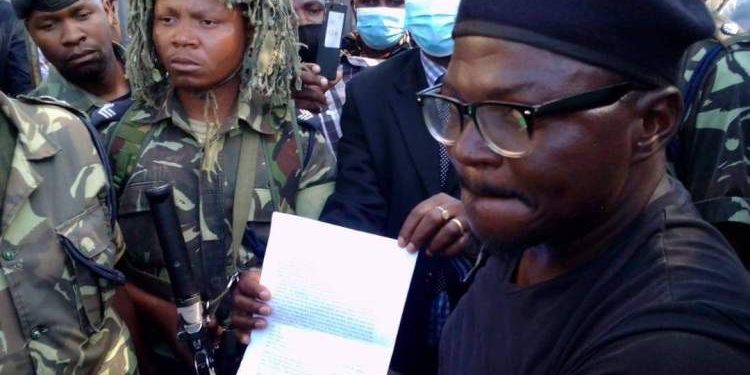 Kalindo was speaking this on Friday, January 21 when he was delivering his petition at the DC’s office during the anti-government demonstrations in Blantyre where thousands of Malawians took part.

The politician who has turned himself into human rights activist, told Charles Mphepo an Assistant Human Resource Manager who represented the District Commissioner, to tell his bosses that he doesn’t want to see council officials chasing street vendors.

He said it is very worrisome that councils are confiscating people’s merchandizes when everyone has been hit hard by the effects of COVID-19 pandemic which has paralyzed the business sector.

Kalindo further added that with this pandemic amongst us and the rising of cost of living, everyone is striving to feed their family by placing oneself on the right business place.

“There are poor women and men doing their businesses along these streets. They are striving to feed their families and a council official comes in and confiscate all their merchandises killing their business. Does this make sense?

“You must stop this nonsense now. If you will continue chasing a woman who has a child on her back and even boys who are selling shoes for their survival, I am on you and am coming to meet you on this issue,” said Kalindo.

The demonstrations yesterday were aimed at telling President Lazarus Chakwera to deliver on campaign promises. Kalindo said the president should address economic challenges and assist small businesses which are struggling due to the current economic situation.

Meanwhile, Kalindo has threatened that he will continue organizing the anti-government protests until the demands are met.