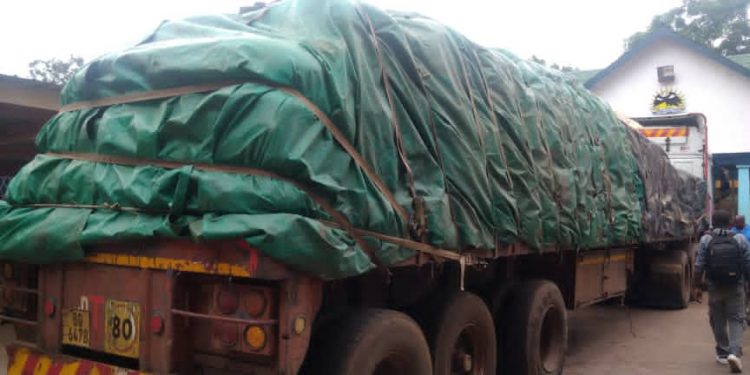 Police in Lilongwe have arrested two men for allegedly being found in possession of 600 bags of Urea fertiliser.

The suspects, Evance Chisanu, a businessman, and Darlington Siyo, a driver, were arrested on Thursday noon at Mpingu Trading Centre.

Mpingu Police Unit detectives were tipped that a  30-tonne EVECO truck registration NN 5502 was loading fertiliser suspected to be stolen.

The officers found the driver who immediately revealed that he had been hired by Chisanu to ferry the commodity from Mpingu to Chitipa for sale.

The police later arrested Chisanu after impounding both the truck and the cargo.

Police investigation found that the trader had no license to sell fertiliser.

Meanwhile, the suspects are under police custody and the impounded vehicle is being kept at Lilongwe Police Station.

They will appear in court soon to answer the charge of being found in possession of property suspected to be stolen.