by Zinhe Moyo
in International, Religion
0 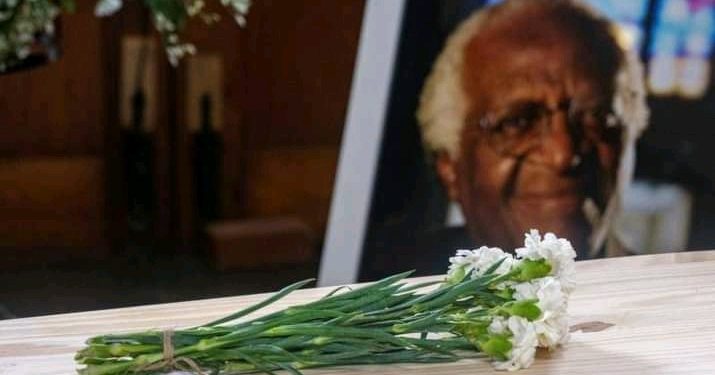 The 90-year-old Nobel Peace Prize laureate, who passed away on Boxing Day, has been celebrated the world over as a spiritual leader, Struggle activist and human rights champion.

But Bougardt, an anti-gay crusader from Strandfontein, says Tutu was “no saint” and slammed his support for his daughter Mpho Tutu’s same sex union.

Writing in to the Daily Voice’s Rek Jou Bek message page, Bougardt said: “Tutu was no saint, and like all reprobates, his decisions were not based on the Bible.

“He was the one who said he will rather go to the other place/hell with a homophobic god.

“As far as I am concerned, his wicked wish was granted.

“He approved of his daughter’s marriage with another woman and chose to give his blessings on homosexual relationships.

“The Bible teaches homos.e.xuality is an abomination to God and he, Tutu, agreed with it, meaning he never served God of the Christian Bible.”

Bougardt added that he was not in favour of Archbishop Thabo Makgoba’s proposal to rename Cape Town International Airport after Tutu.

“There is nothing wrong with the name Cape Town International Airport. This is a stupid call to rename an airport to his name and will cost the poor taxpayers billions to rename the airport,” he said.

In 2013, Tutu famously told a United Nations campaign to promote gay rights: “I would refuse to go to a homophobic heaven.

“No, I would say sorry, I mean I would much rather go to the other place,” he said, equating homophobia to racism in South Africa.

In 2015, Mpho Tutu married Dutch woman Marceline van Furth, a move that would see her stripped of her licence as a priest.

Bougardt has previously landed in hot water for his public attacks on the LGBTQI community before.

In May 2018, he was sentenced to 30 days behind bars, which was suspended for five years.

This after he called gays “criminals” and “paedophiles” in 2015.

In 2016 he said: “To hell with homosexuals, …their lifestyle is an abomination to God, but Christians in South Africa are too scared to speak out against (it).”

Bougardt had appeared before Judge Lee Bozaleck in the Cape High Court where he faced charges of hate speech and contravening a court order of 2014, in which he agreed not to discriminate against homosexuals or incite violence or harm.