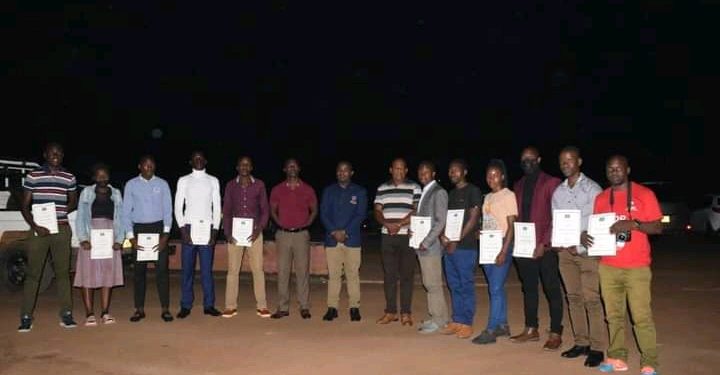 The event took place at Moyale Barracks Officers Mess and was witnessed by Senior Officers.

“As Moyale Barracks we will support them and encourage them to work very hard in the next sporting calendar. I believe that when you award a person it is like giving him or her potential to reach their maximum productivity, the award is to encourage them so that they can do better than they did,” he said.

He then promised that the athletes who are also military officers will be given more time to practise for the sporting activities.

“We don’t take it for granted but on behalf of my fellow members we thank the CO for organizing this such amazing event, this give us power to do extra better in the coming season and we promise to work harder than before,” said Sulumbu.

In Hockey, Civilian Kennedy Bwanausi was awarded, Sgt Aubrey Mpeyama got Best coach award, Private Jenifer Ngwenya got the award for best player in women’s football while Private Aaron Nyasulu got an award in Taekondo.