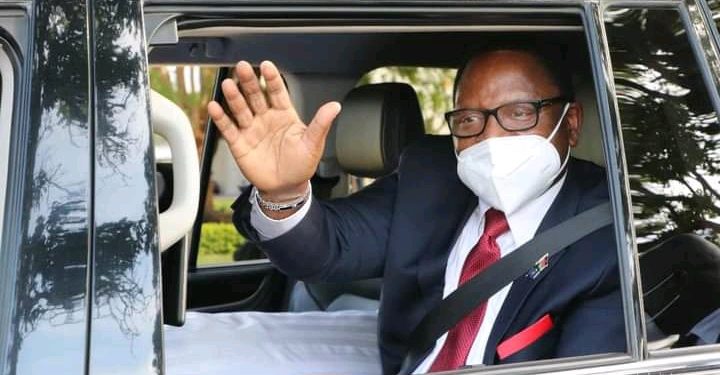 In a written response through acting presidential press secretary Anthony Kasunda on Thursday, the President expressed optimism that other countries in the European Union, United States and Australia, which also imposed restriction on the 11 African countries, will also reverse the decision.

Hopes other countries will lift the ban: Chakwera
Said Kasunda: “The President welcomes the lifting of the unscientific travel ban by the UK Government, and hopes other nations whose travel bans persist, will follow suit.”

The lifting of the restriction come barely 17 days after Chakwera condemned the UK’s decision which was introduced late last month as a precaution after the emergence of new Covid-19 variant, Omicron.

But according to bbc.com/news, UK Health Secretary Sajid Javid told the country’s Parliament on Monday that Omicron variant has spread so widely across the world such that travel restriction on 11 countries was not neccessary.

Malawi University of Science and Technology Academy of Medical Sciences head of biological sciences Dr. Gama Bandawe in an interview on Thursday observed that the UK’s decision to remove Malawi and other 10 African countries from its red list vindicates earlier sentiments that the decision was not logical.

He observed that the ban which UK imposed has already caused damages to the country, saying some travels which could have benefited Malawi were cancelled.

Said Bandawe: “When the UK put this travel ban, many countries followed what the UK did. Now we want to see the same quick removal of the red list from other countries around Europe and other parts of the world because clearly, there was no sense, no logic behind the putting in of the red list. This is really damaging to our tourism sector and all sorts of businesses.”

Following the red list of 11 African countries, the South Africa government described UK’s decision as “a punishment to South Africa for its advanced genomic sequencing and the ability to detect new variants quicker”.

When contacted to comment on the new development, SA government cabinet spokesperson Phumla Williams referred The Nation to the country’s head of public diplomacy Clayson Monyela, who was not available for comment.