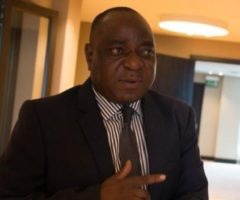 Former RBM Manager who was answering cases of fraud, money laundering has died.

Death has been announced of former One of Reserve Bank of Malawi (RBM) Manager, Charles Mchakulu.

Mchakulu was answering cases of crime related to fraud and money laundering and was supposed to appear before court yesterday.

The High Court in Lilongwe, last year in September, ruled that money amounting to K120, 917, 295.60 (around Usd 161,465) found in Mchakulu’s bank account was allegedly opened by constituted proceeds of crime.

Speaking to Steve Kayuni – Director of Public Prosecutions, his office has been advised of Mchakulu’s demise.

“The State prosecution team was set for continued hearing today but has been advised on his demise. Reasons leading to his untimely death are unclear. Normally, a couple of processes will have to follow on his co-accused and asset recovery issues,” he said.

Meanwhile, matter has since been adjourned to another date.